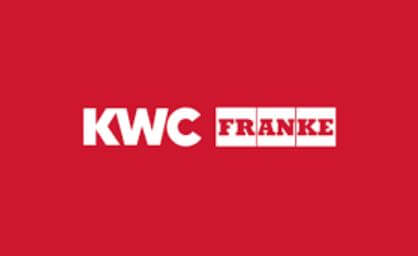 »With the introduction of Blue Ant; the requirements for product development have risen as a result.«

KWC Franke Aquarotter GmbH is under the umbrella of the KWC Group. The company incorporates innovative water management systems and high-quality sanitary facilities, in the form of the latest fitting technology and pioneering stainless steel and mineral granite sanitary facilities, into individual solutions for commercial, public and semi-public use.

Currently with 220 employees, KWC Franke Aquarotter is located in Ludwigsfelde near Berlin, where production, administration and a prestigious training centre are located. KWC Franke Aquarotter has been managing product development projects since 2011 with the multi-project management software Blue Ant, a solution developed by proventis GmbH in Berlin.

We spoke to Michael Mann, Head of Project Management and PMO at the Ludwigsfelde site.

Mr Mann, what is your position at Franke Aquarotter and what are your areas of activity?

Why did you want to implement project management software?

Before we decided to implement the software, all the projects were recorded in a Lotus Notes database. The basis was a process instruction, which was then planned in MS Project. Everything else was organized with Excel. This resulted in the difficulty that the individual projects were viewed in isolation. Multi-project management as such did not exist, which led to conflicts in resource planning. Another problem was our employees' time recording. Before the introduction of the software, they made a note of working hours on paper. Too many employees were employed collating and digitizing the working hours. As part of the optimization of our resource management, it quickly became clear that it would no longer be possible to use Excel. Excel tables could be understood by the person who had created them, but if that person was absent, other colleagues were sometimes left in the dark. This was not very expedient. Only the process instruction is still an integral part of today's processes.

What led you to Blue Ant?

After we knew that we could properly organize our projects with a project management tool, we first defined the criteria and requirements that the software would have to meet. Overall, four factors were important to us:

These requirements were based on various starting conditions. So, we wanted a slimline tool, which could be operated at the beginning with a lean approach, e.g. for time recording. It had to be flexible because it was not yet possible to determine whether or which functions would be needed at a later date. We wanted to insert new functions gradually and not deter our employees at the beginning with an "inflated tool". In addition, the tool had to be self-explanatory because we didn't want to have to do without key users in individual departments who would be training the employees over long periods of time. This was due to the fact that we had introduced SAP at the same time, which already involved an enormous amount of training by key users, which we in no way wanted to repeat.

With these requirements, we entered the competition and came across the BARC study by Mey Mark Mayer. The study is called "Project management software systems", a book, in which software tools are presented based on the same criteria. We took a closer look at this, leading to an initial selection of various solutions. The decisive factors for Blue Ant were (a) proximity to us, (b) the price and (c) that the company would further develop the relatively new product with customer-specific program features. This package was the most convincing for us. After the decision in favour of Blue Ant, it was only a matter of whether we wanted to implement the tool as a cloud or in-house solution. The company then opted for the cloud version.

In which steps did the introduction of the software take place?

In parallel to our four requirements, there were also four introductory phases, which took place over a year in quarterly intervals. In the first phase, we set up the planning with a smaller team from our "Documentation" section. With this team, we first tested the time recording. That is, we have created initial projects with only one "Project execution" activity, to which the employees were able to book their times. It worked straightaway.

In the second step, we first recorded all projects with one project task and later with other project activities. In the third step, the deployment was extended to the entire research and development department. This was followed by the roll-out in "Purchasing" and "Industrial Engineering". In the last step, the remaining areas were finally included and our existing time recording switched off. This was a very important milestone since the time recording was revision-proof and Blue Ant had to work 100% reliably from the start.

How is the establishment of multi-project management compatible with your work organization? Is the introduction supported by management?

From my point of view, it is very important that the employees are included in such a procedure. Often there is a subtle fear that something might not work or that the employees will be disadvantaged in some way. It was of some concern of the staff that it was possible to, for example, see and evaluate other employee's absences caused by illness. We were able to address this concern, however, by assuring the staff that by appropriately configuring the user groups, only the controlling and human resources departments would be able to access this data.

Transparency and early involvement of stakeholders is therefore of enormous importance when introducing such software.

Another important step was the agreement with the works council and the data protection officer, which was relatively unproblematic. We then approached the individual employees gradually and according to the implementation phase. In the Blue Ant staff training, we showed the advantages of the application and explained that we were starting with a basic installation, which could be expanded as required. So we quickly reached a high level of acceptance.

In order to convince the management of the software implementation, we compared the costs of the working time recording process with the costs of a process optimization with multi-project management software. It quickly became clear that this would be a worthwhile investment. We also highlighted the benefits that software can provide by displaying resource utilization across departments and the company, using various reports in real time. The possibility to evaluate projects with important key figures such as plan-actual comparisons of costs and deadlines was certainly another plus point.

What are the typical application scenarios supported by Blue Ant?

Product development projects are very typical for our company. As I mentioned, our company is subject to a standardized product development process, which is common to all employees. This process includes defined milestones with so-called "deliverables", which we hold according to these milestones. For example, all activities for the development of a wash basin mixer, from idea to conception are illustrated in Blue Ant. the creation of the load specifications, the actual development up to the serial launch.

Are there ad-hoc projects in addition to standard projects?

Yes, there are. The MTO (Make To Order) area, i.e. products that are individually developed or customized for the customer, for example, individualized grading systems for industrial plants. However, we do not use Blue Ant for this.

Then there are the in-house projects, such as the conversion of the production. These projects are individually recorded in Blue Ant. There are no specifications for the project process.

Can you say something about the cost of the introduction?

As mentioned above, we compared the cost of the work time recording to the cost of process optimization with multi-project management software. The result was clear: for the time recording we had spent on average a five-digit amount annually. Partially automated, i.e. by using Blue Ant, these work and process costs were reduced by two thirds. We now have various licensing types across the division for around 140 users. We were therefore able to significantly reduce our running costs. In addition, the purchase of the tool was relatively cheap. Other multi-project management solutions were well into the six-digit range. Such costs are only economical with user numbers upwards of 500 users.

How has the implementation of Blue Ant been applied to your project management?

The structures in the projects are uniform. All projects are created in Blue Ant and are processed in the same way. The product development process is always the basis of the project plan. In addition, we intensively use the percent complete function and the ToDo lists. Thanks to the standardized approach, our project managers can be substituted among one another much faster. Project participants, who are equipped with the respective rights, can at any time inspect the project progress and the next tasks. So, with Blue Ant, we have established very strong transparency and standardization in our project landscape.

Has Blue Ant changed the importance of project management in your company?

In my opinion, this was already very high when I joined the company in 2011. Full-time project managers, who devoted themselves exclusively to this topic, had already been hired. With the introduction of Blue Ant, further professionalization steps were initiated; the requirements for product development have also risen as a result.

What would you recommend other companies in your industry with regard to implementing multi-project management?

Be sure to keep your team on board and only implement what you really need - pragmatically and transparently.

Mr Mann, thank you for talking to us.

Do you like what you see? Try Blue Ant now