»I know where the projects stand within the budget and time horizon. A big improvement over the past!«

CEKAtec AG in Wattwil is a developer and manufacturer of power tools and an engineering service provider for all manufacturing industries in Switzerland and neighbouring countries. Around 60 employees generate a turnover of several million Swiss francs. In an ideal working environment, profitable growth thrives with a high degree of innovation, process orientation and customer proximity.

We spoke with Christian Schultheiss, Head of Development, and Claudio Foscan, founding member and Electronics Developer about the introduction of Blue Ant.

Mr. Schultheiss, in which area does your company come into contact with projects?

We deal with projects in all areas: in production, for preparing assembly lines or learning new manufacturing processes. In technology, we share our knowledge in internal projects. And of course we have customer projects in which a customer expects a service. We have to plan them so that we can produce them later.

How many projects do you manage in parallel and with how many employees?

We currently have 15 parallel projects in technology and six in production. Two to three people are involved, but not full-time, of course. The employees work on several projects simultaneously or on line activities.

What prompted you to think about introducing a project management tool?

At the time, project managers were responsible for the entire budget. However, planning was often very difficult because we had to work on a lot of data. In Excel, we could retrieve the actual status, and estimate sales, etc. These were several Excel files, which were updated monthly. For a month in between we were always blind because we didn't know what had really happened. That also caused some surprises. We needed a tool that could provide reliable data at all times. We wanted to achieve better options for the project managers as well as transparency and clarity.

What was it about Blue Ant that won you over?

Claudio Foscan: When we evaluated the various project management solutions at the time, we quickly realized that Blue Ant met all our requirements. We also liked the fact that Blue Ant can be accessed via a web browser.

How did you organize the introduction? Was it very time-consuming?

Claudio Foscan: The evaluation phase up to the decision took about three to four months. Three people then set up the test projects, which we ran for six months to find out whether we could implement our projects as we required. When we had created this basis, we transferred the first projects to Blue Ant. Then we worked on the reports and invoices. It certainly took us two years until we were able to make really good use of it.

Christian Schultheiss: Unfortunately, we didn't have a proper strategy for implementation at the time. We wanted to use Blue Ant right from the start, learning by doing. But then it became apparent that many things had not been properly thought through. This led to problems and triggered a very stormy phase. The desired effects of more transparency or improvements for the project managers did not materialize at first. We could have been done this better. 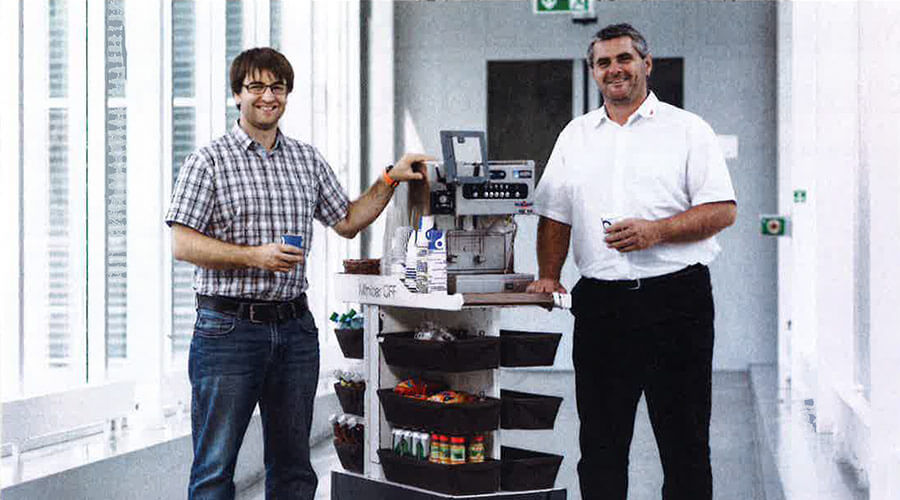 If you had any advice for another customer, what would be your recommendation for an introduction?

Christian Schultheiss: Definitely to make a road map and then to introduce it. You should not try to do everything at once, but prioritize individual steps. You should also align your previous terminology with Blue Ant so that you can comment on everything in a uniform way.

When you look at it today: Where do you feel better supported by Blue Ant?

Christian Schultheiss: In my new function as head of development, I feel good, because I know how the projects stand within the budget and time horizon. We can plan resources efficiently. We have no uncertainty. A big improvement!

How do you rate proventis' support and advice?

Claudio Foscan: We were very satisfied with the training for the users and with our support requests. We noticed that the software and hardware worlds speak a different language. But we worked it out, so it wasn't a problem.

Christian Schultheiss: Blue Ant has really improved continuously in recent years. As hardware developers, we benefit from the latest features. There are still one or two things I would have liked to see integrated into Blue Ant so as not to have to resort to other tools. But we are already in a dialogue with proventis.

Thank you very much for the interview!