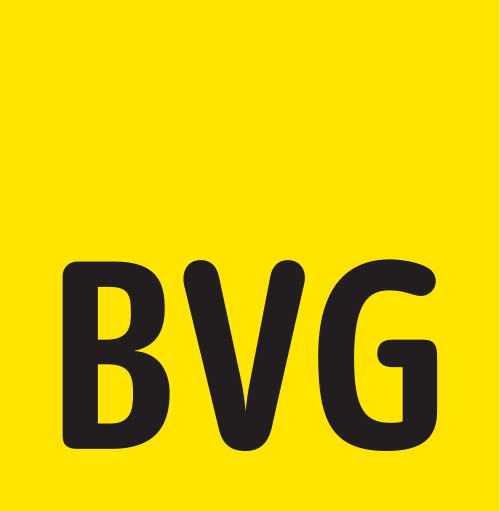 »For almost two years, Blue Ant has been part of the typical workday in the Division of Automotive engineering, Production planning and Logistics. We spoke with Stefan Kärgel, section head at the Berliner Verkehrsbetrieben and the person responsible for introducing Blue Ant, about his experiences since its implementation.«

The Berliner Verkehrsbetriebe (BVG) is a public institution (AÖR). It is the largest provider of public transportation in Germany. The BVG runs a transport network larger than those of Frankfurt, Stuttgart and Munich combined. The company’s nine routes in Berlin and 1,266 underground train cars travel around 125 million kilometers annually.

The Division of Automotive Engineering, Production Planning and Logistics

The Division of Automotive Engineering, as its own section within the Department of U-Bahn Vehicles, belongs to the organizational unit U-Bahn and uses the Blue Ant project management software. This division is responsible for the maintenance and replacement of the approximately 1,266 train cars of the Berlin U-Bahn network. A specific challenge arises in the complexity of this task, due to the fact that 16 different kinds of vehicle are in use simultaneously in Berlin.
The central task of the division of automotive engineering is the generation of guidelines for the maintenance of individual train cars, which are generally in use for 40 to 60 years, and therefore are constantly subject to maintenance and replacement. Diplom engineer Stefan Kärgel, who is responsible for introducing Blue Ant, coordinates the three divisions of Automotive Engineering, Production Planning and Logistics. This involves the planning and improvement of guidelines, which, among others, are based on current safety standards, regulations and technical innovations.

No optimal efficiency or security without transparency

Critical to finding a solution like Blue Ant was a limited transparency in the Division of Automotive Engineering. »The number of resources tied up in automotive engineering was never discussed,« says Stefan Kärgel. In addition to the lack of clarity of the real resource allocation, processing times for certain changes to train cars were inadequate. An overview of the status of single tasks within the division was lacking. Detailed plans were therefore very limited. Reasons for recurring time delays in individual projects couldn’t be documented because there was no standard communication platform. As a result, preparing information to report to management superiors took lots of time and effort. This delayed the planning process and cost enormous amounts of time during spontaneous control activities. Project assignments were not possible or transparent for the participants. Ongoing needs, as well as their processing, were incomprehensible. Working at several locations in Berlin further hindered communication. Under these circumstances, economically efficient task and project management was only possible with great difficulty.

A solution for many problems

The following needs were identified in order to solve the problems of the BVG’s Division of Automotive Engineering.

After some research, it appeared that it would not be possible to unite this quantity of specifications within a single appliance. Next, we thought about having a solution developed that integrated all of these conditions.
Because of the fact that the »change notices« featured a structure similar to our earlier projects, for example

and that Blue Ant allows tasks to be administrated, it quickly became clear that the Blue Ant software would be able to solve the BVG’s problems.
The »change notices,« with which the entire process of modifying workflow for U-Bahn vehicles is managed, have recurring structures. Therefore the Blue Ant Object Management for projects and activities could be used effectively. The Blue-Ant-Forecast enables a necessary workflow outlook for specific resources. Task processing times could be measured, yielding important indicators for the internal QM-System. Responsibilities can be assigned and above all, the reasons for issues or delays on certain tasks are able to be determined.
Blue Ant assured the Division of Automotive Engineering of its internal processes. Next to the »change notices,« other larger projects can be mapped out with Blue Ant.

»I can’t say that it’s problem-free,« Mr. Kärgel answers the question of whether the launch went smoothly. »It’s no wonder, given our existing configurations and the difference in methods and the person who initiates the software,« he explains. »It took almost two years for us to relearn our system. In the meantime, however, Blue Ant has been an integral part of our work and is used by everyone involved. We are now benefitting noticably from the initial time and energy that we invested ,« Stefan Kärgel is happy to say.
During the implementation there was resistance from all levels, although Blue Ant is not difficult to work with. »It wasn’t the learning curve, but rather the acceptance curve which was the problem. That’s an area where software can’t help. On the one hand, we wanted more transparency, but on the other hand, because some interpreted it as excessively controlling, it was feared. However, because we are constantly using fewer employees to accomplish more tasks, using such a tool made sense. Only through an excess of transparency could we achieve optimum efficiency and in the end that was the most convincing argument,« Stefan Kärgel sums the launch process up in retrospect.
Exemplary projects and concepts were developed, which can be applied to other projects. In the meantime, 85% of all tasks in the department are managed through Blue Ant. In the coming years, the department hopes to expand the 40 employees currently working with Blue Ant to 70-80.

At the regular meetings of group leaders from the different divisions in the department, the use of Blue Ant is particularly obvious. Here Mr. Kärgel and his project managers use Blue Ant’s configurable reports to detail the status of specific changes, to show resource binding and efficiency in specific projects and, if necessary, to employ new resources.
All of the information gathered in Blue Ant therefore makes decision-making particularly easy. Topics such as deadlines of important activities or the status of specific tasks can be covered easily. »Blue Ant is established at these meetings so that one problem or another can be dealt with in a timely manner. This wasn’t possible before. Our employees are able to easily resolve work overloads. For the employees a clear advantage and an acceptance gain for Blue Ant,« says Stefan Kärgel. Blue Ant serves the department – as hoped – as a planning and control element. Problems such as missed deadlines are caught earlier, thanks to Blue Ant. Countermeasures are thus promptly initiated. »It was quickly apparent that an organization functions better by using Blue Ant,« Stefan Kärgel recapitulates. Emerging transparency makes it possible for the group to function at full capacity. Tasks from one division can be handed over to another when such resources are available. Mr. Kärgel places a high value in the cultural effect of the knowledge that has been achieved through the use of Blue Ant.

Section head Stefan Kärgel has managed, with much personal conviction, to convince the doubters among his division by demonstrating the advantages of transparency and by delivering results quickly. With Blue Ant, he possesses a tool that conveys facts for his decisions while at the same time supporting his employees in their own planning. »Blue Ant can’t raise efficiency. The potential lies much more in the optimization of the processes that Blue Ant shows. With this acquired knowledge, changes are possible and processes can be optimized. Today when we start a project or task, Blue Ant is a component of this work,« says Stefan Kärgel.

»I haven’t found many solutions that meet our criteria. The functional composition in Blue Ant was ultimately pivotal in allowing me to have control from one source,« states Stefan Kärgel as a reason for his choosing Blue Ant. Blue Ant provided a solution to his central needs. However, the deciding factor was that Blue Ant could manage not only projects, but also tasks. Blue Ant made it possible for multi-site tasks and projects to come together and exchange data more easily, thereby increasing transparency and planning safety.
»Together with proventis we were successful in making changes to necessary processes and tasks within the Division of Automotive Engineering. proventis proved itself to be the solution to our problems, as they not only develop and sell Blue Ant, but were also involved in the software’s successful integration into our division. proventis continually sought after solutions with us, which was evident in the excellent care we received from the Support Service. Our customers’ wishes are integrated into regularly-appearing updates, which alleviates demands on the respective branches,« notes Stefan Kärgel of his collaboration with proventis.
Stefan Kärgel got the first tip for a possible service provider from a long-time Blue Ant user. In 2005, after evaluation and a three-month pilot phase, during which the project and resource management software was tested in real operations, an ASP-Solution consisting of 40 licenses was started. Since the beginning of 2006, says Kärgel, Blue Ant belongs to the division’s normal workday.

Stefan Kärgel, graduated 1964, learned his trade as an information technologist at the BVG between 1986 and 1990. After many years of work reconditioning electronic devices, and developing and outlining electronic components, as well as in the management of railway vehicles, he studied commercial information technology and took part in a training program in the Department of U-Bahn Vehicles. After finishing his studies in 2001, he transferred to Beiersdorf Konzern. Here his main task was as planner and project head in the development of a survey and analysis system for production-related systems. In 2004 he transferred back to BVG. Following this he took over the newly formed Division for Production Management and Logistics, which had been established as a result of the considerable organizational changes within the company. Besides these structural and organizational adjustments, he was prompted to initiate PM and DMS systems.